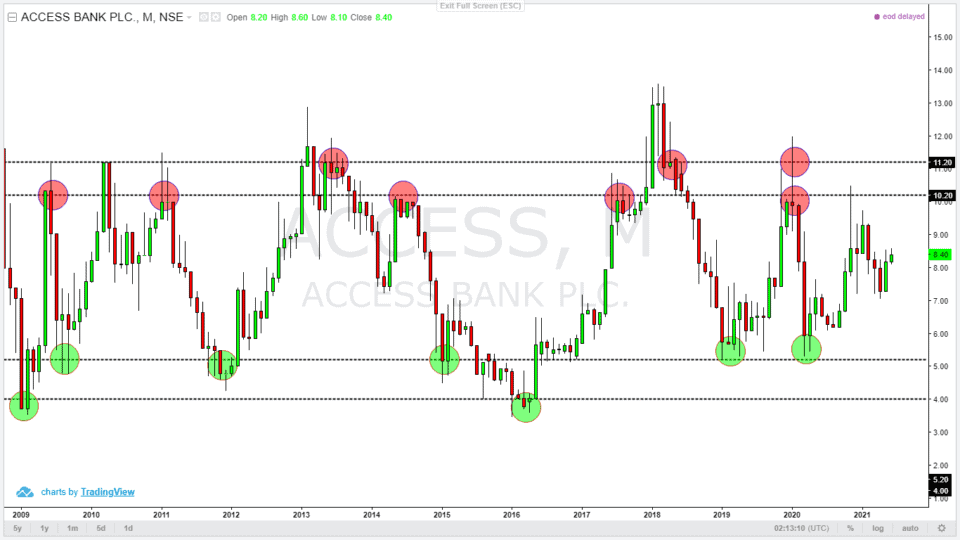 Access Bank Plc has made the news, quite a bit, lately. The Bank has been central to several events that are hard to not notice, like its:

A quick search in the stock market screener produced information that makes ACCESS Bank an interesting stock to analyze. Some of these technical details include it being among the top 5 Nigerian stocks with:

With such interesting stats, we thought it would be a good idea to check out its price action to see if we could identify trading opportunities. Our findings are presented below. 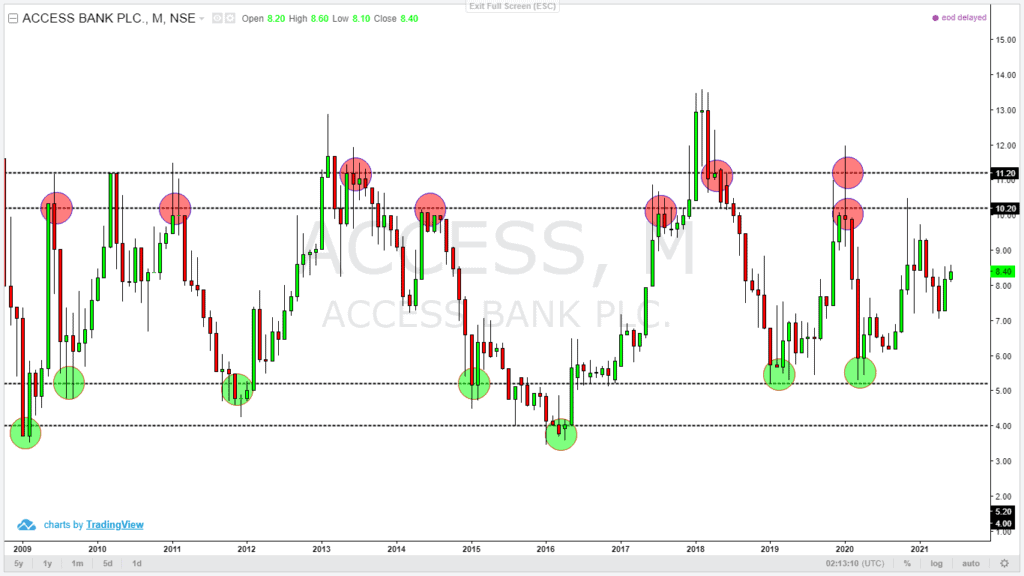 Our first observation on the price activity of ACCESS Bank is that it has been trading in some sort of range between ₦5.20 and ₦11.20 (with some minor exceptions), since 2011.

At the top end of the range, there is a resistance zone between ₦11.20 and ₦10.20. At the bottom end of the zone, there seems to be a support zone between ₦4.00 and ₦5.20. This may not seem like the clearest of ranges but there have been enough tests, and rebounds (green and blue circles), in those areas that make it significant enough to opine that they are valid ranges.

An Even Bigger Picture – Convergence 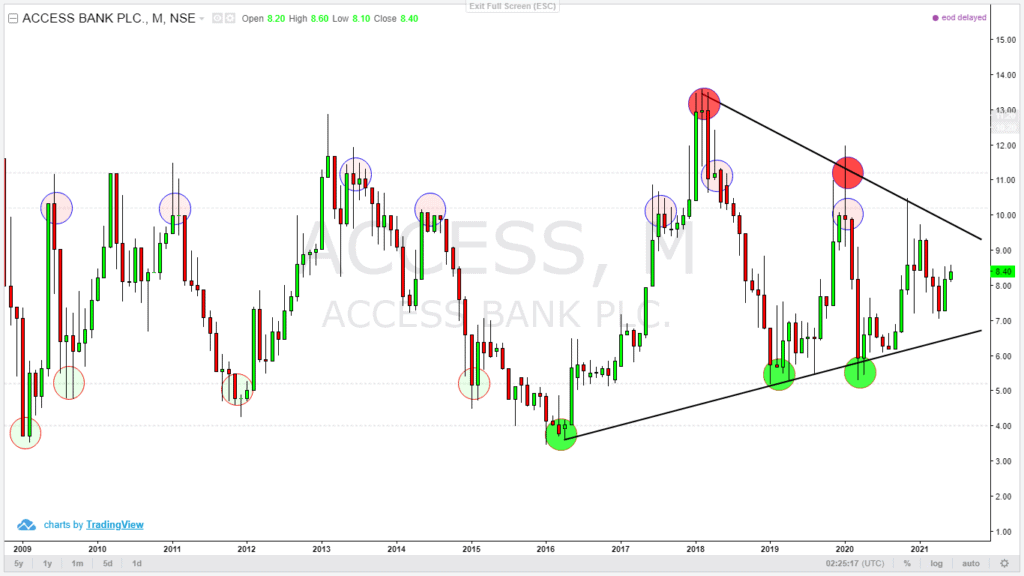 Zooming further out to a monthly chart, we discovered that the recent price action (from the 2016 low around ₦3.50) has shaped into what is popularly known as a symmetrical triangle chart pattern in technical analysis.

Investopedia defines symmetrical triangles as chart patterns characterized by two converging trend lines connecting a series of sequential peaks and troughs. These trend lines should be converging at a roughly equal slope. As price approaches the apex of the triangle, it will either:

To develop a trading plan, we need to reiterate what the big picture is. In this case, ACCESS’s big picture story is a long-term, and range-bound price action. The not-so-big picture is the symmetrical triangle that has formed within that trading range.

Taking these into consideration, as well as the recent headlines, the probable options for ACCESS Bank’s price action are: 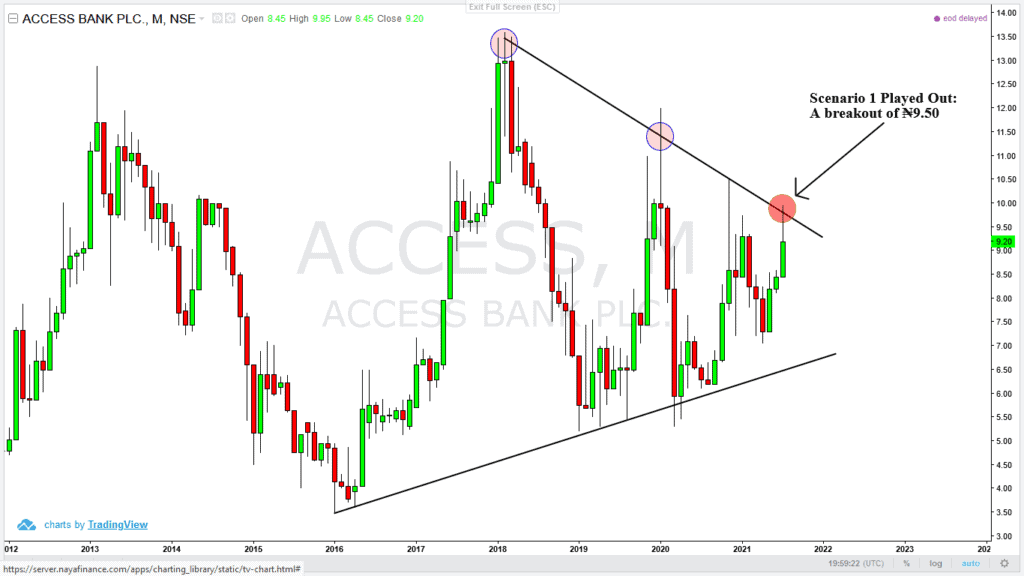 In the three weeks since this post was put up, scenario 1, above, has played out. Access Bank stocks have traded up to, and through, the ₦9.50 price level. This appears, so far, to be a false breakout because the stock broke just above the resistance level at ₦9.50 and and traded up, to ₦9.95.

The price pulled back sharply after touching ₦9.95, dropping all the way down to ₦9.00 in the week after the rise (a 9.5% decline). The stock looks to be headed up, again, and we could see another bounce off the resistance zone between ₦10.20 and ₦11.20, unless some major news breaks.

Till we get another update, this is to profitable investing!

Taiwo Megbope is the Co-founder and Chief Growth Officer at Investor Hangout. He is tasked with ensuring and managing the growth of the Investor Hangout project. His responsibilities include creating and implementing the project's vision as well as executing growth-generating strategies. Taiwo is an avid researcher and autodidact. In his spare time, he enjoys spending time with his family and friends.

This website uses cookies to improve your experience. We'll assume you're ok with this, but you can opt-out if you wish. Accept Read More