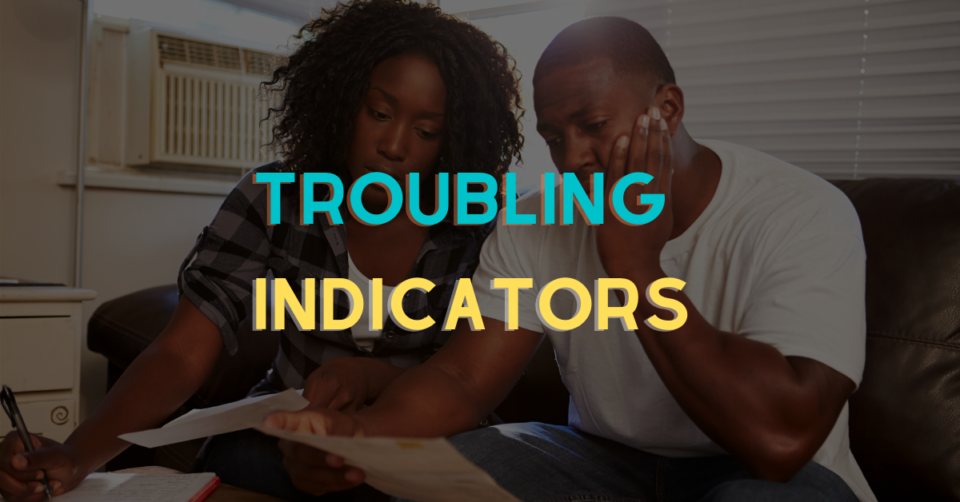 In the penultimate stock market outlook, we made some interesting observations. One important observation from that post was that “…the rally which started in April 2020 has seen the all-share index close higher, 9 out of 10 times. The only losing month was in June 2020 and that loss was a net 3% decline. February, if it ends negative, will be only the second month where the index has failed to end in the green”.

February went ahead and “failed to close in the green”. However, there was another milestone that was achieved – and a not-too-pleasing one at that. 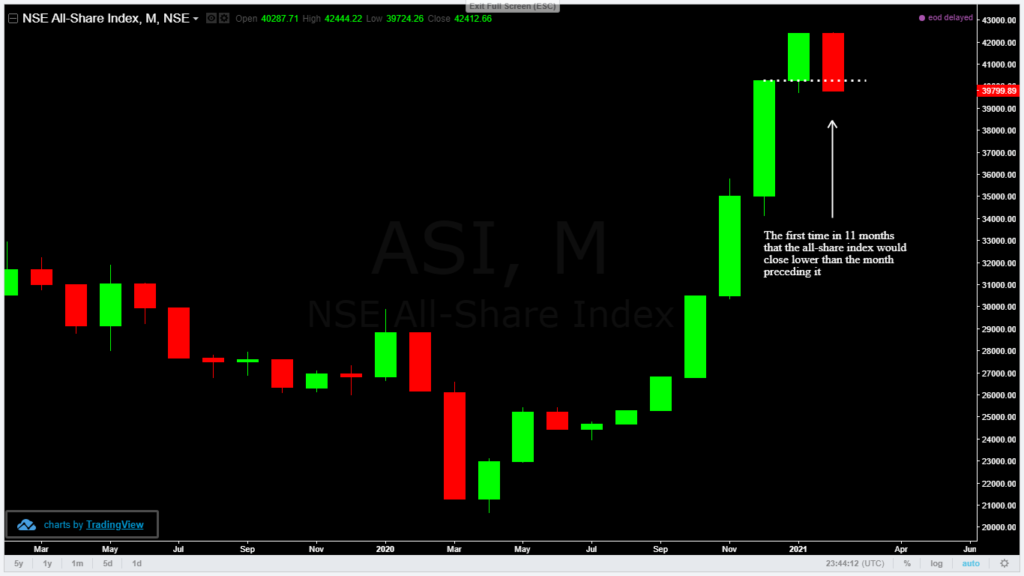 A quick glance at the image above will make it clear that February (which ended yesterday), was the first month since the bull market started in April 2020, that the index would close the month at a value that is lower than the month that came before it.

We noted some concerning signals in the last stock market outlook. These included:

Well, the indicators from back then have held sway and have pushed the index into more bearish territories.

The major trend of the Nigerian Stocks all-share index has been up for the past 11 months. The last eight weeks, though, have shown signs that the uptrend has slowed down – at best – and could be on the way down.

The 40,000 area was expected to act as a support but that has not held up quite as well, too. The earnings season, so far, has not been particularly influential in keeping the index up and investors may not be too far from the truth if they suspect that the index is on its way down.

It would be helpful if investors kept an eye on the events that will be coming up in the Nigerian fixed income markets. Any sign that the rates will start to go up will very likely be the impetus needed to push the index far enough to confirm that a downtrend is in effect. In the coming days, though, we may see gradual (and not so obvious) declines in the market.

Till next week, invest responsibly,

Taiwo Megbope is the Co-founder and Chief Growth Officer at Investor Hangout. He is tasked with ensuring and managing the growth of the Investor Hangout project. His responsibilities include creating and implementing the project's vision as well as executing growth-generating strategies. Taiwo is an avid researcher and autodidact. In his spare time, he enjoys spending time with his family and friends.

This website uses cookies to improve your experience. We'll assume you're ok with this, but you can opt-out if you wish. Accept Read More